Abraham Mateo is Spain’s biggest young breakout star of recent years and remains as one of the most successful international singers, signed to Sony Music Spain. Born August 25, 1998, has solidified an artistic career of 14 years, and has remained a worldwide phenomenon by positioning his songs in the top charts. His recent hits such as “Me Vuelvo Loco” with the renowned boy band CNCO and “¿Qué Ha Pasa’o?” with Sofía Reyes, and his most recent single “No Encuentro Palabras” with Manuel Turizo, demonstrate his wide range of musical styles and beautiful vocal range and tones. Born in San Fernando, Cádiz, Spain, Abraham Mateo is a composer and producer who not only producers for himself but also for other A-listers such as Ivy Queen, Gente de Zona, Belinda, Samo, Juan Magan and Lérica.

A master of social media, Abraham Mateo has over 15 million followers across all platforms. His artistic abilities extend into acting and dance. A true viral star representing the music of Spain and Latin genres, he has surpassed 1.3 billion views on his YouTube channel and is a major influencer among Spanish-speaking youth.

Abraham’s first international recognition came when he was 14 years old, was in  2013 when the then 14-years-old was when he received a nomination in the Best New Artist category for Univisión’s Premios Juventud (Youth Awards) in 2013. That same year, his single “Señorita” spent nearly a year on Spain’s Top 50 singles chart. Its music video was the most watched in Spain on YouTube. 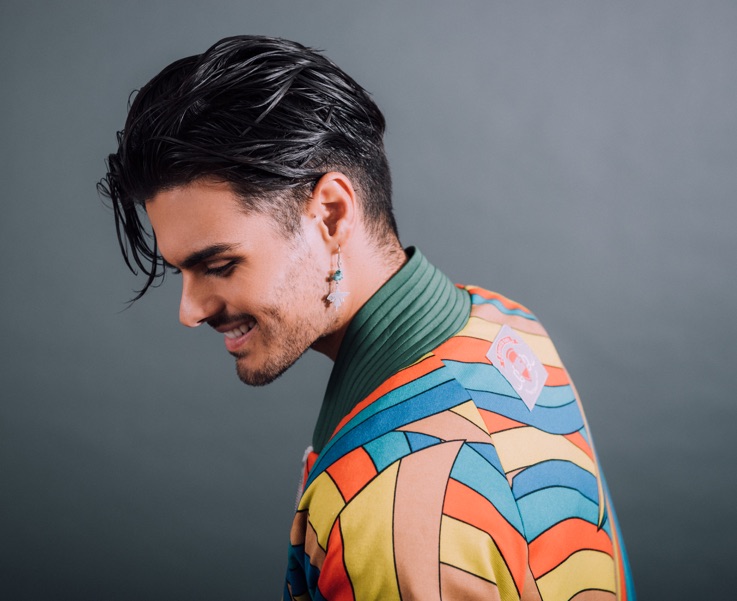 I am excited to be able to bring my European, Spanish and Latin sound to more American listeners. Some of my greatest musical inspirations are from the United States. 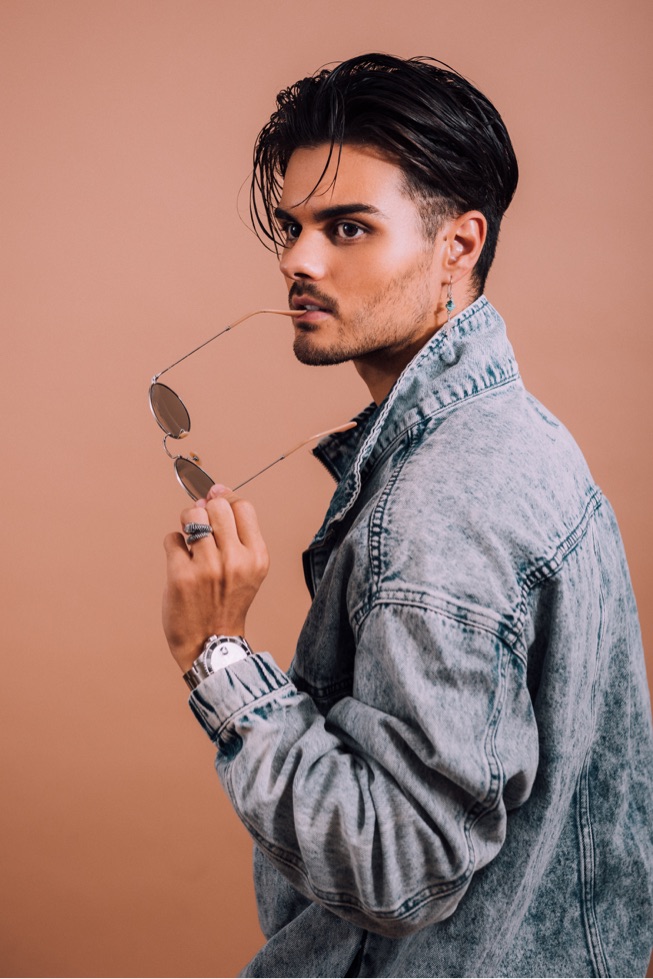 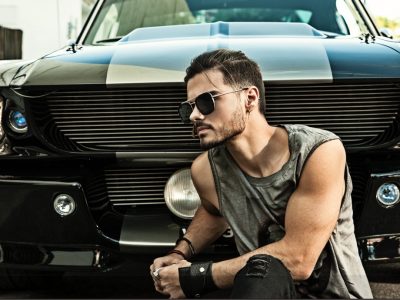 His success, however, dates long before his 14th birthday, when the artist won the National Musical Revelation award in his native Spain, at the young age of 9. He has since gone on to embark on four major tours comprising over 120 concerts in such countries as Spain, Portugal, Mexico, Argentina, Chile and Peru, achieving sellouts on multiple occasions.

These tours have given him another way to spread the word about his irresistible songs, which are already on constant repeat by his digitally savvy followers. Fans of all ages are delighted by the charisma, energy and personal connection he gives them at every performance. Among Abraham’s biggest sold-out concerts in emblematic venues include, Barcelona’s Palau Sant Jordi (17,000 fans), Palacio de los Deportes in Madrid (16,000), Buenos Aires, Argentina’s Luna Park indoor venue (6,000) and Mexico City’s Auditorio Nacional (10,000). He has also performed at such festivals as El Festival Presidente in Santo Domingo (60,000) and Barrio Latino in Lima (25,000).

He released his first album at age 10. His debut album with Sony Music, AM, came out in 2013. This was followed by Who I AM (2014), Are You Ready (2015) and A Cámara Lenta (2018). All four of his Sony albums have been certified Gold in Spain, with A Cámara Lenta also going Gold in the United States. In addition, Who I AM and Are You Ready went Gold in their first week of release. Who I AM eventually achieved Platinum sales status in Spain, while reaching #1 on Mexico’s album chart.

In Latin America, Abraham Mateo enjoyed breakout success with “Loco Enamorado” featuring Farruko and Christian Daniel. This vibrant collaboration dominated the charts in 2017, garnering over 180 million streams on Spotify, where it reached the Viral 50 chart in 26 countries. Its music video has surpassed 340 million views on YouTube. Its sales certifications include the following: 5x Platinum + Gold in Peru, 4x Platinum in the United States, 2x Platinum in Spain and Mexico; and Gold in Colombia. The track also went viral in Argentina.

He followed up the overwhelming success of “Loco Enamorado” with “Háblame Bajito” featuring the American superstars Austin Mahone and 50 Cent. It went Double Platinum in Chile; Platinum in Spain, USA and Argentina; and Gold in Mexico.

His next single, “Se Acabó El Amor” featuring Yandel and Jennifer López, was an out-of-the-box hit, surpassing 170 million views on YouTube. It also dominated the airplay charts, reaching #1 on various rankings in the United States, where it earned a Platinum certification.

Abraham Mateo has kept evolving in different aspects of his musical career and sound. He performed at Argentina’s Kids Choice Awards and at the Latin American Music Awards (LAMAs) in Los Angeles, which were broadcasted live on Telemundo.

Constantly pushing himself to new heights, he recently received three more nominations at Premios Juventud. He kicked off 2018 with a nomination at the iHeartRadio Music Awards, proving his popularity at one of the United States’ largest radio platforms. And in early 2019, his most recent album A Cámara Lenta, featuring Latin and urban sounds, reached #1 on Mexico’s sales chart on its release day and it’s an RIAA certified gold album in the United States.

His U.S. airplay success continues to grow. With the success of “Se Acabó el Amor,” he became the youngest male solo artist to hit #1 on the Billboard Latin Airplay chart. “Loco Enamorado” hit #6 on Latin Pop Airplay, while “Háblame Bajito” also reached #6 on the Latin Digital Songs Sales chart. His recent collaboration with the successful Spaniards Lérica and Omar Montes, “Pegamos Tela” has become a hit in Spain with millions of streams, reaching the top charts on Spotify. His first single from his upcoming album, “Me Vuelvo Loco” with CNCO reached a RIAA certified Gold record within three months of its August 2019 release in the United States.

Abraham’s musical influences include pop, reggaetón, R&B and traditional Spanish instrumentation, an amalgam that makes his music instantly recognizable. Entering the 2020s with big plans, Abraham is preparing his next studio album with Sony Music Latin. 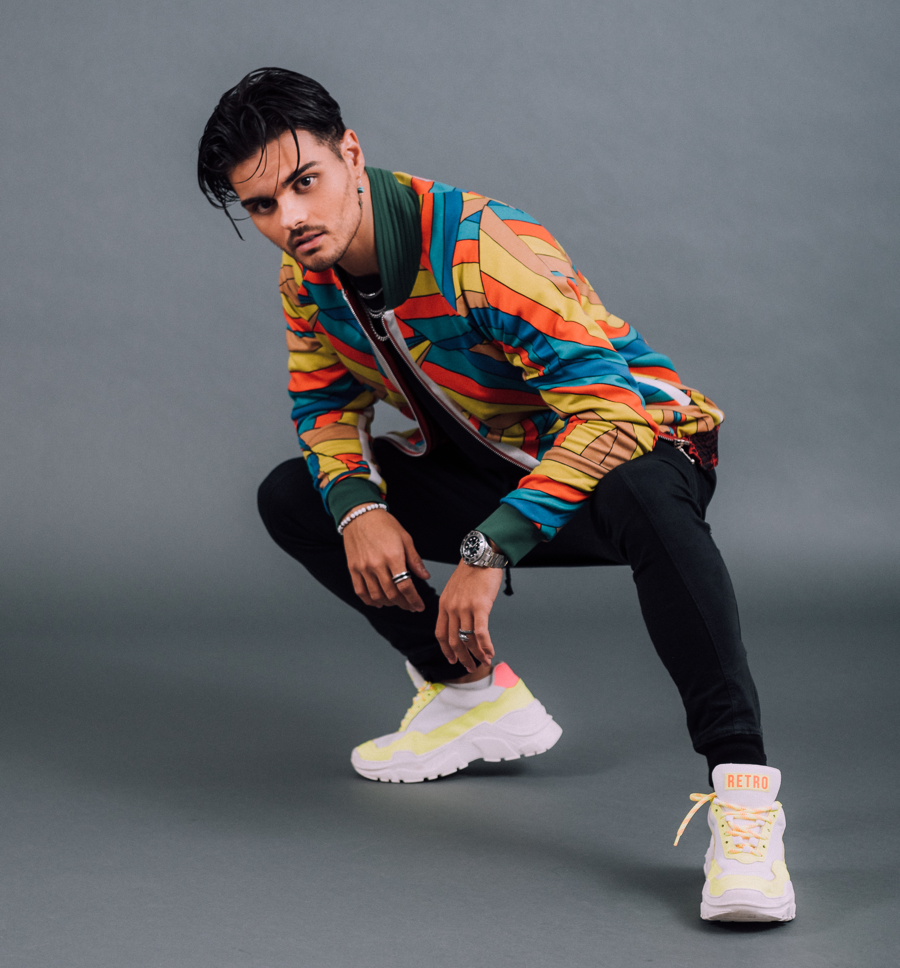 As a Spanish artist, it is a dream come true to work and collaborate with artists such as Jennifer Lopez, Austin Mahone and 50 Cent.